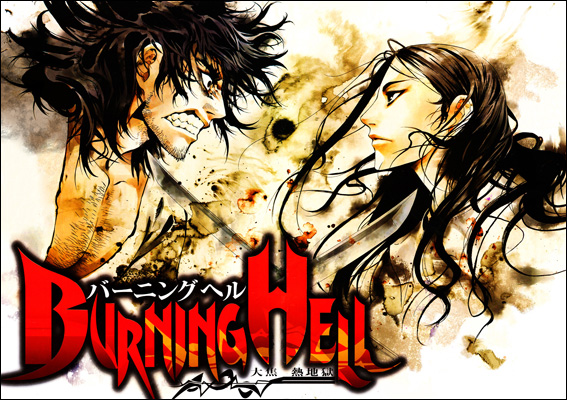 Welcome to the Burning Hell Wiki, a Wiki dedicated to everything about the manga Burning Hell written by YOUN In-Wan and illustrated by YANG Kyung-Il that anyone can edit. Please help us by creating or editing any of our articles!

We currently have 545 edits to 14 articles and 76 images on this wiki.
Characters
Introduction
Set in Japan and Korea during the Edo period, a time of great upheaval between the two cultural groups. In ancient times, Japan and Korea would send its criminals to a penal colony called "Kyokudo", situated in the channel between the two nations. There the cannibal Juu was sent for murdering over a thousand warriors while in Edo. Yet for an island meant for criminals, there was but one Korean medic, Han, exiled from Korea for killing and dissecting over a thousand people.
Affiliates